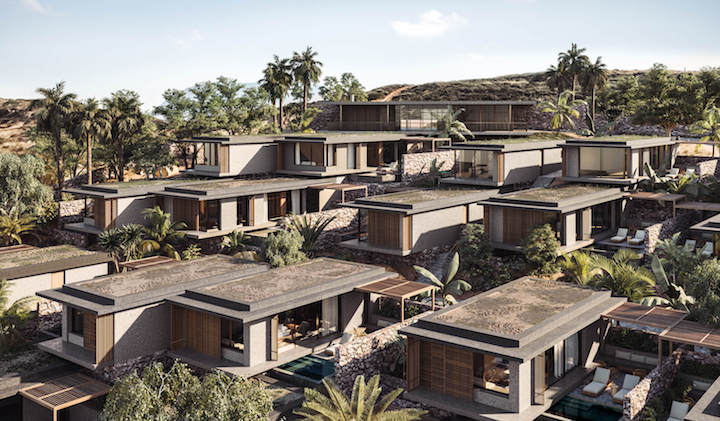 Thomas Cook has today confirmed the opening of 20 own-brand hotels between now and end of 2019 including six in Spain, four in Greece and three in Turkey. The new openings include the company’s first Casa Cook in its biggest market, Spain; the first family Casa Cook, and seven confirmed Cook’s Club hotels.

Further new openings are set to be confirmed within the coming months which will take the company’s portfolio to 200 hotels with around 40,000 rooms. This makes it one of the top 40 largest hotel groups in the world.

The expansion is part of Thomas Cook’s strategy to deliver sustainable profitable growth through a carefully-curated portfolio of own-brand hotels that have higher customer satisfaction, more repeat guests and deliver higher margins than the holiday company’s broader selection of hotels.

Casa Cook Ibiza will open next summer as one of the key assets of Thomas Cook Hotel Investments, the hotel fund that the company launched earlier this year with hotel development company LMEY. The 189-room hotel will be managed by Thomas Cook and is expected to continue the success of the first two openings for the brand where more than 75 per cent of guests have been new to the company.

The second Casa Cook for summer 2019 will be the first for families and open in Chania, Crete. The 106-room hotel, delayed from summer 2018, will take an alternative approach to the traditional kids club with more of a focus on learning through play, art and local culture.

Building on the success of the first Cook’s Club in Crete, this summer, Thomas Cook has also named seven new hotels and expects to confirm a further three in the coming months. The new Cook’s Clubs include a managed hotel in Palma Beach, Majorca that Thomas Cook will convert from an existing smartline hotel, as well as two franchised hotels in Turkey, a further two in Greece, and another in Italy. The brand will also open in Gambia in winter 2019. Three further Cook’s Club properties in Bulgaria, Egypt and Greece are expected to be confirmed soon.

Thomas Cook’s largest own-brand is SENTIDO hotels which will add a further six hotels next year to take the total to 70. The new openings include a 184-room hotel in Majorca that will sit in Thomas Cook Hotel Investments and will undergo refurbishment to bring it up to SENTIDO standards.

SunConnect, the holiday company’s other family-focused hotel brand, will open four hotels next summer taking it to 20 hotels across Europe and North Africa. The brand has seen significant investment in quality training and support for its hoteliers in the past couple of years leading to the NPS lifting more than three points in two years.

Aldiana, the club resort that Thomas Cook now owns 42% of following an investment last year, will open a club in Ampflwang, Austria as well as a new-build resort in Calabria.

Enric Noguer, chief of Hotels & Resorts, said: “Expanding our own-brand hotel portfolio is central to the success of the whole business. Operating and overseeing a group of well-managed and high-quality hotels that our customers recognise and turn to for the better service and reliability they experience is an important part of our strategy as a group.

“These latest announcements demonstrate further progress in developing our Hotels and Resorts division into a hotel company within Thomas Cook, working with strong partners and focused around hotel management, franchising, and sales and distribution.

“Next year we will add three more managed hotels taking our total to 24 hotels as we accelerate our ambitions to take on more management contracts for hotels around the Mediterranean.”

Thomas Cook has also removed a further nine hotels that did not meet brand quality standards.

Posted in News
← RIU Hotels presents its new hotel in Cape Verde: Riu Palace BoavistaChina Southern Airlines has decided not to renew its contract with SkyTeam →